Today you will have a comparison between Asus ROG Phone 3 and Lenovo Legion Pro at Euvotx.

And today we want to compare these two powerful gaming smartphones with each other and look at these two phones from all angles. Both phones have 512 GB of internal memory and 16 GB of RAM, which are their best versions. 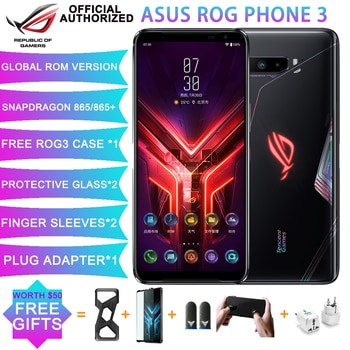 On the back of the Lenovo Legion Pro, we see a new design that has changed the design principles of smartphones and cameras are located close to the middle, making it much easier to work in Horizontal mode and play games, Also Lenovo Legion Pro Produced in two colors, red and blue.

in the back design of Asus ROG Phone 3, we see a simpler design and it is offered in gray color. On the back of this phone, we see three cameras, which are located at the top of the back, and two flashes and a microphone are located next to the camera.

Also, you can read in Euvotx: Oppo introduced the A12s.

both phones, we see a relatively same design, and we can mention two speakers at the top and bottom of the front of each phone. Both phones use a fingerprint sensor under the screen due to the use of the AMOLED screen.

But in the Lenovo Legion Pro, there is a new design in which the camera of this phone is located on the right side of the Legion Pro and slides open to the right. This creative design is very useful for gaming and when you hold the phone horizontally, Lenovo has also used the Eris scanner sensor on this phone.

The distinctive feature of both of them is that they are 144 Hz, which provides a better gaming experience, but by looking at the screen specifications, you can see that the Asus screen is more superior to HDR 10 and HDR 10 Plus technology, and in This Asus competition has performed better than Lenovo. 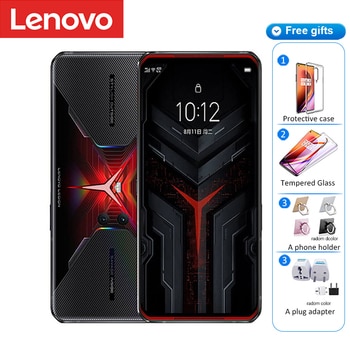 In addition to these features, Lenovo has been able to use the system’s internal cooling technology for the Snapdragon 865+ so have better gaming performance. And Asus uses a separate quilt in the form of a gadget that is installed on the back of the phone.

In the leaked antutu test, you can see that Lenovo Legion Pro and Asus ROG Phone 3 both scored very high, and with a very small difference, Lenovo scored higher due to the use of a specialized cooling system.

In terms of camera, both phones use a 64-megapixel main camera. But the Asus ROG Phone 3 uses the Sony IMX686 Exmor RS, and the Lenovo Legion Pro uses the Samsung Bright S5KGW. depending on the sensors used and its examples. The sensor used in the Asus ROG Phone 3 is also used in the Xiaomi K30, which recently scored 120 in the dxomark test. The sensor used in Lenovo Legion Pro is Samsung Bright S5KGW1, which is used in A71 and Shark 3 Pro, which is a very good camera, but you should compare the camera of both phones in normal conditions.

Also, you can read in Euvotx: OnePlus Nord 5G introduced.

Lenovo’s unique features include Lenovo’s 90-watt fast charging capability and Dual cell battery. On the other hand, this phone uses a 5000 mAh battery, and in contrast, Asus uses 30-watt charging support with a 6000 mAh battery, although the standard charger of Asus ROG Phone 3 is 10 watts. Both use Android version 10, and in general and comparing the details of each phone, you will find that they have very close specifications, and these minor differences depend on your taste. If you are looking for a gaming phone, both phones have very good specifications and the best performance. They offer gaming on mobile.

Lenovo phones with better hardware performance, new design, and a 90-watt charger, and Asus with a better camera. Longer battery life and better quality materials make it easier for gamers to choose.
Both phones have very similar and excellent performance and you can not consider one better than the other. Both are also equipped with the best screen and hardware to enhance the gaming experience. that if you are interested in gaming with a phone or you are a mobile gamer, both offer the best performance in the game and the heaviest applications of the phone.

Oppo introduced the A12s with a 6.2-inch display and Helio P35 processor

The Most Anticipated Games of 2021…

The best new Samsung phones in 2020

Some information about Far Cry 6 was leaked