Home REVIEWS Comparing the A31 with the M31S, two competitors from the Samsung

Today we want to compare the two recently introduced M31S models with the A31 at Euvotx. 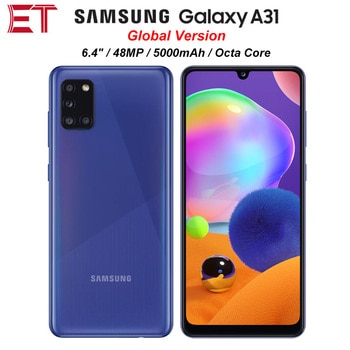 One of the great things about Samsung phones is the use of Super AMOLED screens in both the A31 and M31S, which has improved the experience of low-end phones. The M31S uses a 6.5-inch AMOLED display that is 0.1 inches larger than the 6.4-inch A31, but the M31S also uses a Gorilla Glass 3 screen tech and  Both phones have a 20: 9 aspect ratio.

On the back of the design of these two phones, we see a very simple design similar to each other, and each phone is at the top left of the quad-camera with the flash, and at the bottom of the phone is only the Samsung logo. The A31 fingerprint sensor is located below the screen of this phone, and the M31S fingerprint is located next to the phone.

Cameras used in Samsung  A31 include:

On the other hand Samsung  M31S of four cameras including:

In terms of hardware, there are huge differences between the A31 and the M31S.

Also, you can read in Euvotx: Comparison of Asus ROG Phone 3 with Lenovo Legion Pro.

Also, in the best model of A31 phone, it uses 128GB storage,6GB RAM, and M31S use 128GB storage, 8GB RAM, which has more than 2 GB of RAM installed in A31 and offers better multitasking capability to the user in M31S.

In this section, both phones use exactly the same specifications for connections.

Also, you can read in Euvotx: Oppo Reno 4 Pro was introduced.

In the last word

In general, it can be seen that the Samsung M31S is an improved version of the Samsung A31. The A31 is a very good phone, but it has performed worse than the Xiaomi and Huawei phones, and Samsung has tried to solve the Samsung A31 problems with the M31S, making things harder for Xiaomi and Huawei, and trying to Keep the competition of low-end phones. M31S with improved CPU and GPU performance. The camera and battery, as well as the more up-to-date design of the phone, are better than the A31 and can handle everyday needs and light work well.

The Most Anticipated Games of 2021…

The best new Samsung phones in 2020

Some information about Far Cry 6 was leaked